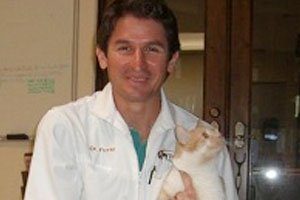 Dr. Diego Fernando Florez was born in Colombia, South America, in his young years he traveled with his father and visited many farms and he became very familiar with cattle and horses. He pursued his love for animals and decided to go to veterinary school as his uncle did previously. Dr. Florez graduated from the University of Caldas in 1994 and then practiced large animal medicine in Colombia for many dairy and beef farms. He later moved to New York City and started to learn about small animals and decided to take the National Veterinary Boards and obtained his license in Veterinary Medicine.

He entered Purdue University in 1997 to obtain his ECFVG certificate as a Doctor of Veterinary Medicine from Purdue University in West Lafayette, Indiana in 1998. After completing his studies, he had the opportunity to work at different types of practices from multi-doctor to emergency clinics in New York and Phoenix.

Dr. Florez is happily married to his wife, Crista, and enjoys being a father to his 2 kids, twins, Sophia and Lucas. He enjoys hiking, mountain biking, golfing, polo, traveling and pretty much anything outdoors. He enjoys the company of his Chihuahuas; Pola and Chapulin; and his family and friends. 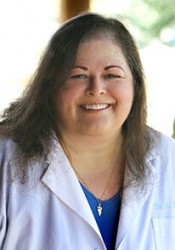 Dr. Plunkett has over 25 years of emergency & critical care experience here in the Valley. She is the nationally recognized author of the textbook, Emergency Procedures for the Small Animal Veterinarian (3rd Edition) and has been published in several veterinary periodicals and journals. Born in Michigan, Dr. Plunkett moved and grew up in Phoenix, AZ. She graduated from Greenway High School, attended Glendale Community College and Arizona State University. She graduated from Oregon State University College of Veterinary Medicine. She enjoys membership with several veterinary associations including AVMA, AzVMA, VECCS, and Society of Critical Care Medicine. Her professional interests include general practice, geriatric care, critical care, toxicology, and transfusion medicine. We are pleased to have her expertise and experience added to our team. 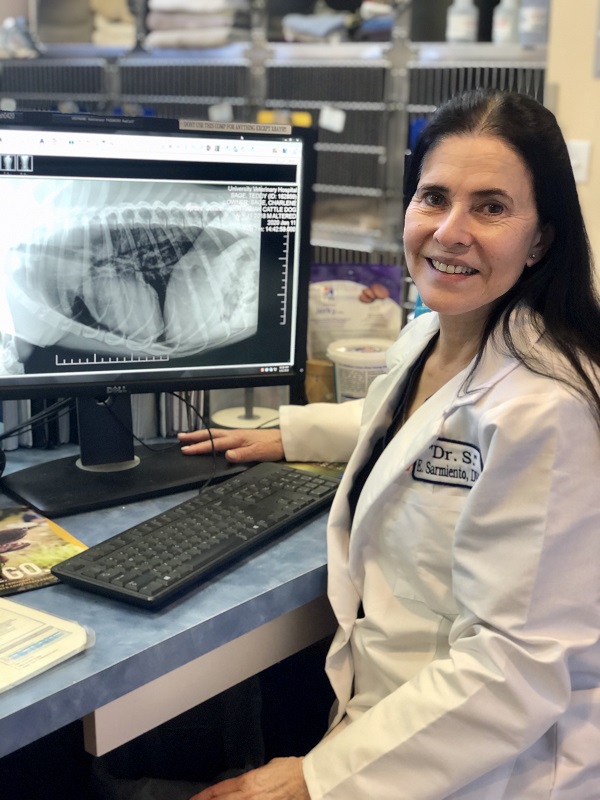 Dr. Sarmiento loves being a veterinarian and has been in practice for over twenty-five years. After graduating from Texas A&M College of Veterinary Medicine, she worked as an emergency veterinarian as well as a general practitioner in Houston, TX for several years. She then established her own hospital (in Houston), which she directed for over 12 years.

In 2009, Dr. Sarmiento sold her veterinary hospital and moved to Phoenix to join her family. For several years, she worked as a general practitioner providing relief services for many veterinary clinics throughout the greater Phoenix area. In 2020, Dr. Sarmiento was pleased to join Quartz Mountain Animal Hospital, primarily because of the clinic’s client service-oriented focus as well as the opportunity to apply her multiple and varied talents to the practice.

In addition to being a veterinarian, Dr. Sarmiento is a Microbiologist (PhD degree) and has over fifty publications in peer-reviewed scientific journals. She also holds a business degree (MBA) from Arizona State University’s W P Carey School of Business.

Shaina Anderson, CVT, has been a loyal member of the Aztec Animal Hospital Family since August of 2007.

She is very dedicated to the profession having graduated at the top of her class from a 2-year technician program. She is an asset to the staff and excels in everything she does. On her down time she enjoys hanging out with her husband, friends, and family and caring for her many animals; ranging from dogs and cats to ferrets and reptiles.

Meg’s background is in Assistance Dog Training in the non-profit world.  She has trained and cared for many dogs for service work, including Diabetic Alert Dogs and Digital Media Detection Dogs for the FBI and AZ DPS, in an effort to crack down on Internet Crimes against children. She is married and shares her home with 4 dogs and 2 cats.